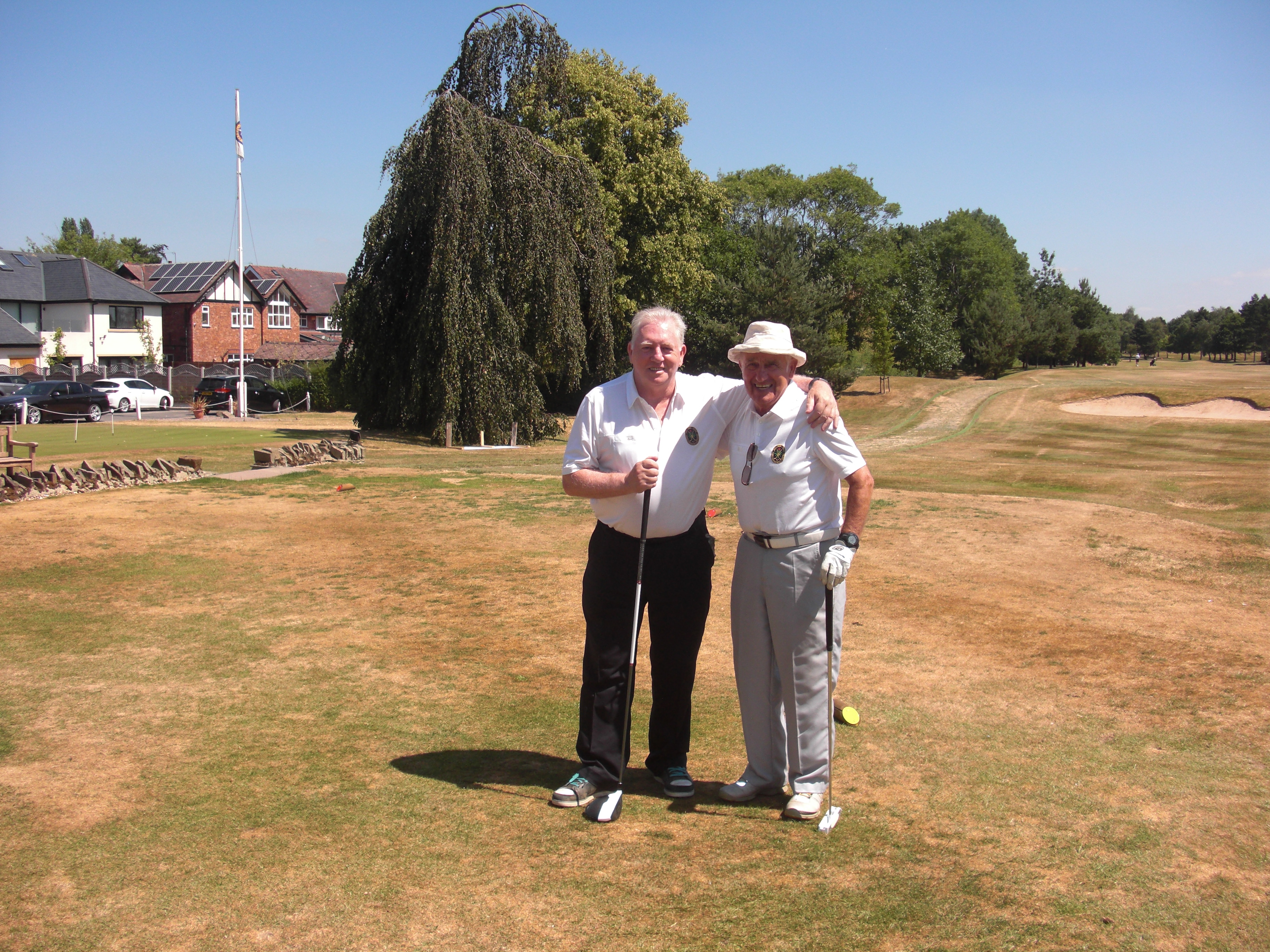 The day was hot and sunny with a light breeze and was, thankfully, considerably cooler than the preceding heat wave days.  The ground was hard due of the lack of rain and the course played very short due to the lively bounce and carry of the ball which if pitched would inevitably run though the green and was difficult to stop close to the pin.  Most members were able to cope with these conditions although a few did find it difficult which was reflected in their scores.

After changing and partaking in suitable refreshments, members enjoyed an evening meal in the dining room and were served with an old golf club favourite of Steak Pie followed by Apple Pie and Cream and coffee.

The OMGC Captain, Philip Goodall, started the proceedings by inviting Ian Niven, the 2010 President of Cheshire Golf Union and Past Captain and President of Bramall Park to say a few words of welcome.

Ian thanked the Captain for his introduction and hoped that everybody had had a good day and enjoyed the course and hospitality that Bramall Park had to offer.  He said that he was pleased that we had chosen Bramall Park as one of the Bi-Centenary venues and that he had been reading the 1988 OMGC book in preparation for our visit and was amazed at the history associated with Old Manchester.  He enquired about the 1982 – 1984 Bannerman Gold Medal Winner, S J Keighley, and was surprised that it was indeed Stephen Keighley who was his opposite numbers as the 2010 President of Lancashire Golf Union who had been a OMGC member all these years and was present on this day. 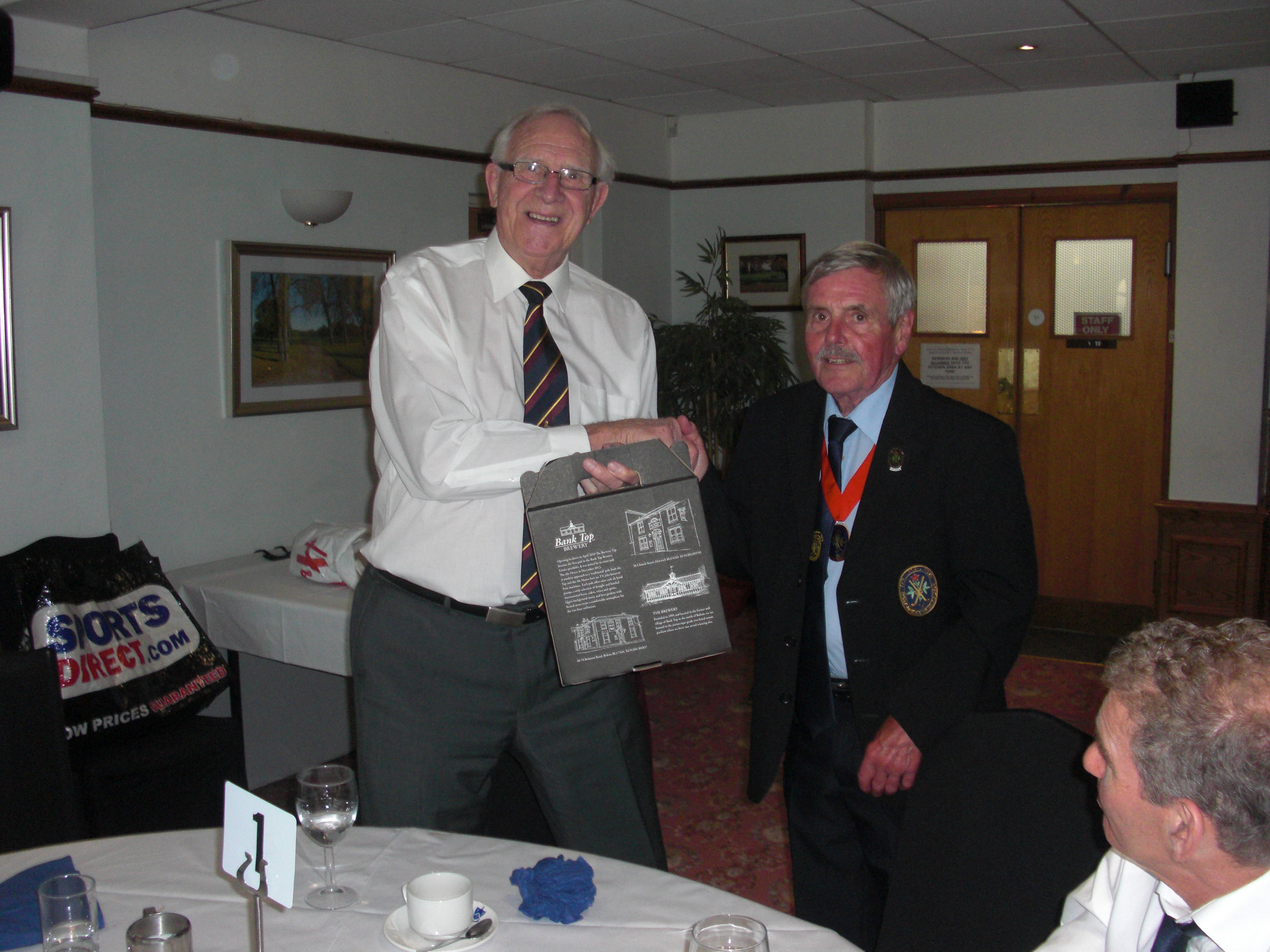 The Captain, Phil Goodall, thanked Ian Niven for the warm welcome the hospitality that Bramall Park had offered which all the members had enjoyed and then presented him with a commemorative pack of “OMGC Bicentennial Ale” as a token of our appreciation. He thanked the Secretary, John McKenna, for all his hard work and his event organisational skills and then invited him to announce the results.

Before announcing the results, the Secretary took the opportunity to thank Bramall Park and Catering Staff and Alan Preston for his assistance in organising the day.   He then announced the results individually and the winners were presented with their prizes by the OMGC Captain.

After the presentation all present retired to the putting green for group photographs.