Old Manchester Golf Club once again visited Davyhulme Park on what was the fortieth consecutive year to play the Bi-Centenary Autumn Meeting where twenty four members entered in the afternoon competition.

The day was overcast with a little breeze and a comfortable temperature which was very conducive for playing good golf particularly after experiencing a few days of uncertain weather.

On completion of the round and after changing and partaking in suitable refreshments, all present assembled in the garden for a group photograph before enjoying a meal in the Club Room.   Members were served a main course of Braised Steak with all the trimmings followed by a desert of Apple Pie and fresh Cream followed by coffee and mints. 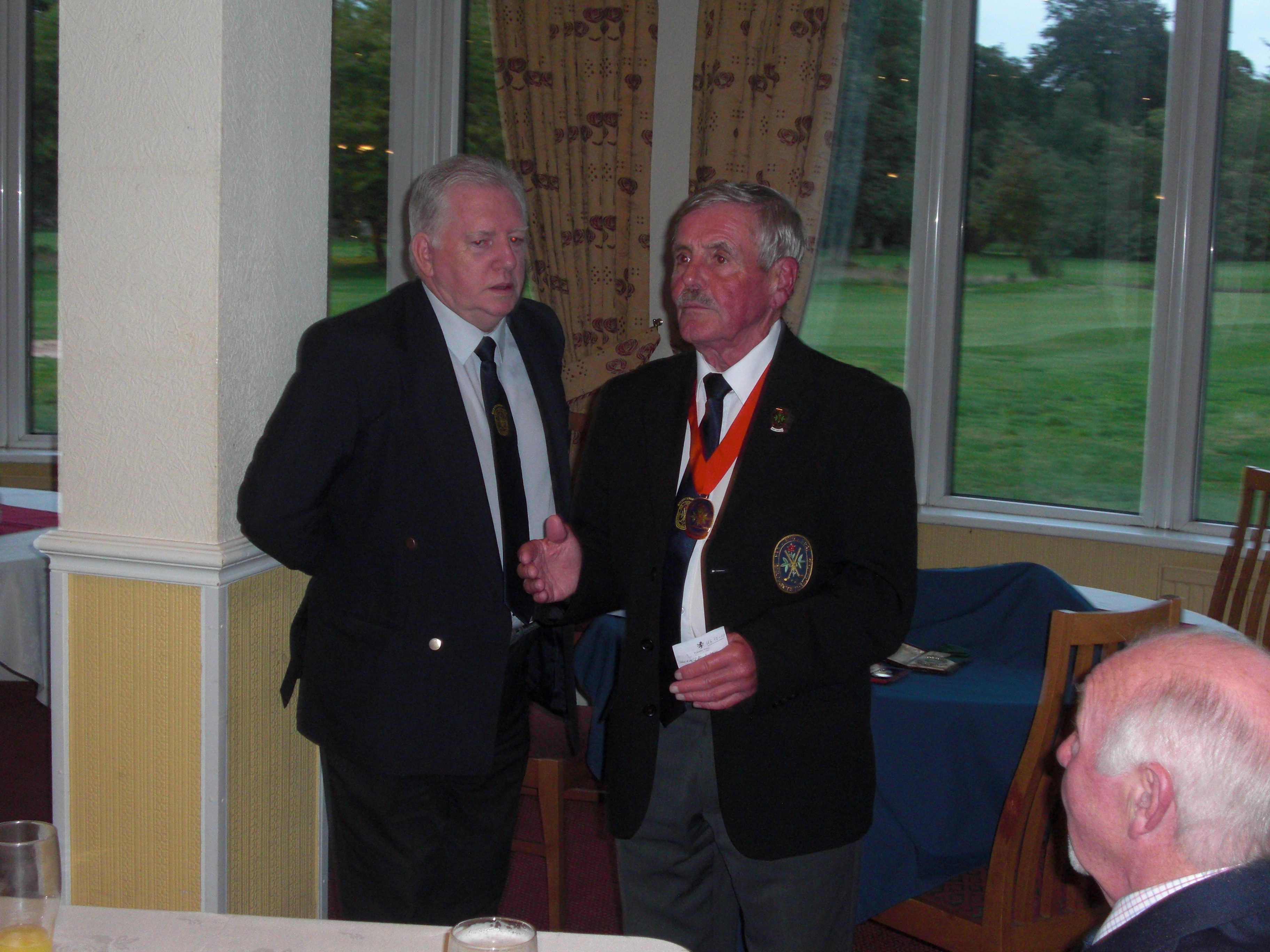 The Secretary, John McKenna started the proceedings by inviting the Captain, Phil Goodall to say a few words where he said that he hoped everybody had enjoyed the day. He spoke about this event being the fortieth consecutive year at Davyhulme Park and thanked them for giving us courtesy of the course on this our Bi-Centenary year.  He mentioned the forthcoming Gala Dinner at Manchester Golf club in September and the Lancashire County Dinner in October where we are to receive a Commemorative Plate and asked the members to support these events.   He thanked the Secretary for all his hard work and organisational skills for this and the other events throughout the year then asked him to announce the results.

Before announcing the results, the Secretary took the opportunity to thank Davyhulme Park and Catering Staff for their hospitality which was up to their usual high standard.   He then announced the results individually and the winners were presented with their prizes by the Captain.